Archives of Anesthesiology and Critical Care (AACC) is the journal of Department of Anesthesiology and Critical Care , Tehran University of Medical Sciences ever since its foundation about eight decades back. The journal has eminent members in its editorial board both from within the country and abroad. The journal welcomes manuscripts in all fields and subspecialties related to anesthesia and basic sciences including ethics, historical perspectives, commentaries and letters of interest for our readers and furthermore aims to publish manuscripts from researchers working in all the disciplines or sub-specialties related directly or indirectly to anesthesiology, critical care and patients’ welfare and safety. Review articles, meta-analysis, and editorials are also welcome from our experienced colleagues on the plethora of subjects that are there in our field and which they deem would be of interest to our readers in general and would be of incalculable benefit to our patients in particular and the care givers. 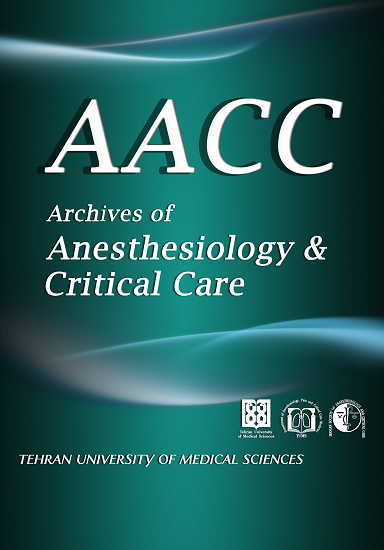